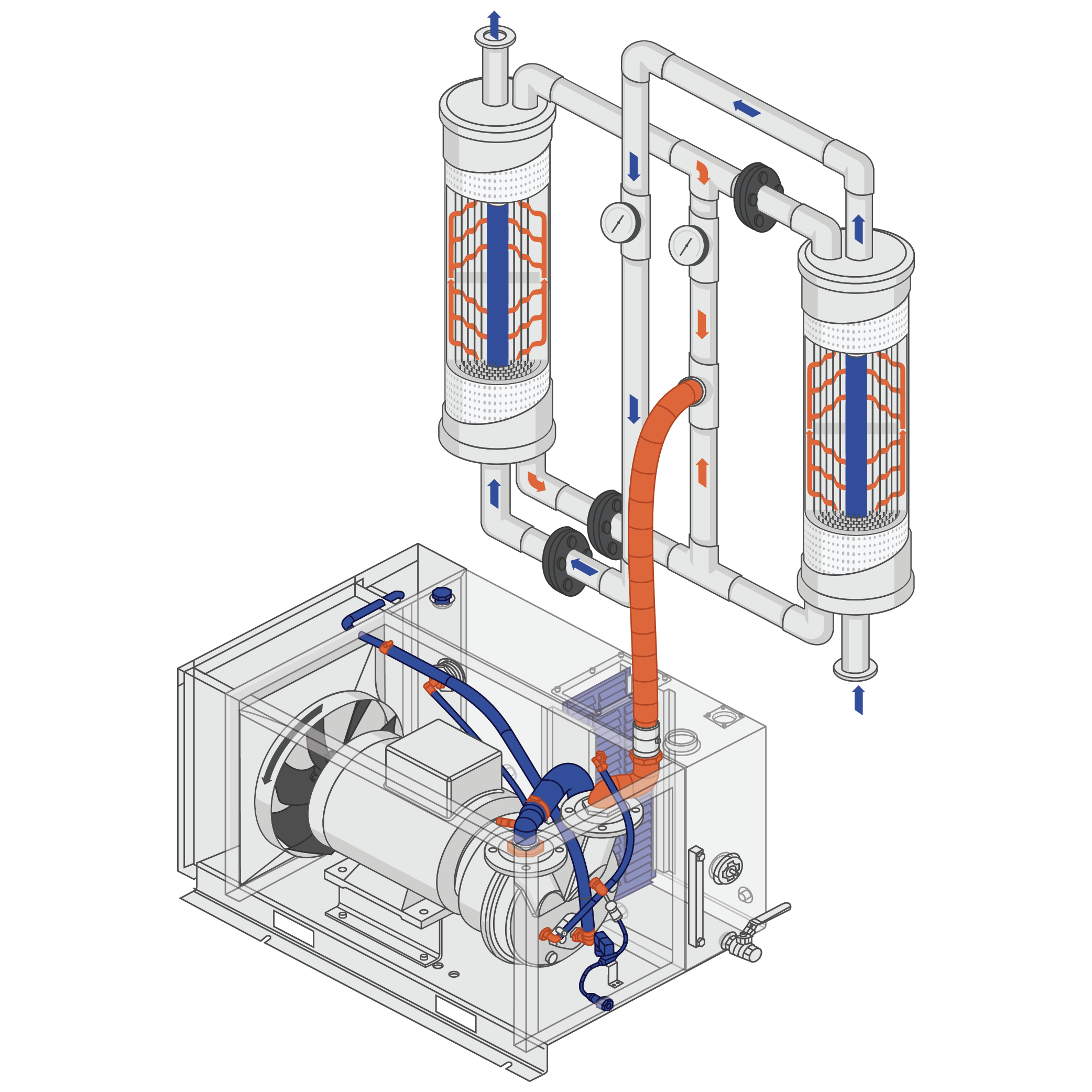 The De-OX Ice Making System is designed not only for the greatest reliability and safety, but also with environmental concerns as a high priority. The De-OX will enable you to easily create a green facility and reduce your emissions of carbon dioxide while reducing your facilities carbon footprint. The system allows facility operators to build ice faster and at higher surface temperatures, producing a stronger bond than any other ice making technology while reducing snow development and brittleness caused by ice dehydration.

All users can benefit from this new ice making technology. Hockey players, figure skaters, speed skaters, arena operators, facility owners, managers and the general public all want ice that is safer, harder, faster, and clearer. The De-OX System has demonstrated to produce higher quality ice, use less heated water and use less energy to manufacture. It has proven to reduce level of injuries to workers that maintain the ice surface, along with fewer potential injuries to users of the ice skating rinks.

The JJE De-OX Ice Making System has received some great feedback from our customers. Below is a small preview of what we have been told by Management, staff, ice officials and skaters:

“As a Municipality, we are always looking for ways to use technology to reduce cost and improve our Facilities. After installing the JJE De-OX Ice Making System at the Centennial Community Centre, Town of Markham, we have experienced a denser, clearer ice surface with less snow build up.

We have noticed a faster set up time after resurfacing even during the warmer months. By reducing the heat load from our floods we can maintain higher ice surface temperature throughout the day while ensuring a quality sheet of ice. Since the installation of the De-OX System, there has been a noticeable decrease in our energy bills resulting in savings to both the environment and our bottom line.

Coaches, players and staff have had positive comments regarding ice conditions since the installation of the De-OX Ice System.”

“It’s better for the players and gives our team home ice advantage. We reduced our water temperature by more than 70 degrees which gave us the ability to build ice faster at higher ice temperatures. It also gives us the ability to keep our lines and logos much clearer with a faster freeze time between periods. The harder ice and less snow development shows well with faster skating and better puck control.”

“We now have an improved ice surface, which reduced our manual labour; it improved our ice resurfacing, due to the reduction in cuts, ruts, and snow.”

“This is the best ice we’ve ever skated on.”

“After installing the JJE De-OX Ice Making System at the LBR Arena in Fredericton, NB, we noticed the following:

Because the system effectively removes all gas without the need to first heat the flood water, we are seeing a dense, clear and playable sheet of ice.  It is also an ice-surface that sets-up quicker after each flood, due to the use of room-temperature water.

By not having to heat the water up before each flood and reducing compressor run-time, we are meeting our City’s goal of reducing our carbon footprint.  All while still making ice that is ideal for our ice-skating sports. Because we no longer need to heat the water or run the compressors as long as we used to, the De-OX System has saved us well over $2,000 per month in natural gas and electricity costs.

The De-OX achieves excellent ice quality, decreased cost and reduced environmental impact. I highly recommend that all our City rinks be flooded this way”.