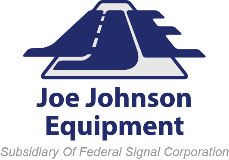 “Businesses leading from the heart: COMMUNITY CHAMPION column”
By Alan Atkins, Special to the Examiner

Joe Johnson believes in leading by example and for the 42-year-old president of Joe Johnson Equipment Ltd., that means leading from the heart.

Although Joe has always felt it was important to give back, like many people with families, careers and businesses to juggle, it seemed difficult to find time to volunteer.

While attending a speech by Craig Kielberger, founder of Free the Children, he heard Craig say, “Life is busy. If you wait until the right time to get involved, it will never come. Start now.”

This inspired Joe to start from where he was and over the years he has become involved with many community organizations. While living in his hometown of Cambridge, he became a Big Brother and eventually president of the board of directors. He also chaired the philanthropy committee of his university fraternity and helped encourage other students to become Big Brothers, too.

Today, he still volunteers as a mentor with the Big Brothers Big Sisters of Barrie, visiting a local school once a week to spend time with a student in need of an adult mentor. He has also been a Barrie YMCA board member and worked with the Juvenile Diabetes Research Foundation in addition to other philanthropic activities that he quietly pursues.

Joe Johnson Equipment Ltd., a business that provides maintenance for municipal and contractor equipment, was

founded by his father, Joe Johnson Sr., in Barrie in 1988. Joe Jr. was pursuing a career as a lawyer in Cambridge when his father was diagnosed with terminal cancer at age 54. His father called him in, threw the keys to him and said, “You’re president now.”

His father died two years later, but Joe Jr. responded by taking charge of the family business immediately in 1996 and eventually moved with his wife, Dr. Erin Ray, an anaesthesiologist at Royal Victoria Hospital, and family to Barrie.

It then had seven employees and one location in Barrie. Under Joe Jr.’s leadership, it now boasts 190 employees across Canada in addition to branches in Rochester and Albany, N.Y. The company has recently expanded globally, buying a business in Chile. In 2008, Joe was featured as one of the Globe and Mail’s top 40 Canadian leaders under 40. As prestigious as this was, he would have liked to see success based less on the business bottom line to include aspects of corporate social responsibility.

“Philanthropy is not inconsistent with business success,” he said. “In fact, I think it should be included in corporate financial statements. Being a good corporate citizen is simply an extension of the values of the people who work in the business. When I was a law student, my grandmother thought I was too nice to be a good lawyer. I didn’t know what to say at the time. I guess my answer has been in how I’ve lived my life. I have tried to remain a nice guy and proved that business doesn’t have to suffer for it.

“I have been very fortunate to be successful in my business life. But I believe that this is just a byproduct of living from a strong sense of personal values,” he says. “You can’t be a different person or operate from a different set of rules at the office than you do at home. I am a strong believer that you must lead by example.”

As a father of three young children under 10, Joe believes that the real legacy you leave behind is the positive impact you have on others, while remaining true to yourself.

“Children, especially, learn from what you do, not what you say,” Joe says.

That’s why he believes in participatory democracy. At home, his family meets for a scheduled meeting every Sunday evening to discuss the positives and negatives of the past week. This has allowed Joe to share his experiences and joy in giving back to others, a lesson he hopes will be impressed on his children for life.

His employees share his philosophy. For the last decade, they have raised money through various activities, including an annual golf tournament for the community, which the company matches. Employees are asked each year to suggest a charity of choice. This year, the David Busby Street Centre was put forward and Joe liked the idea.

Like many people in our community, Joe wasn’t aware of exactly what the centre did, but certainly had seen some of its participants in downtown Barrie. Nor was he aware of the extent of poverty and homelessness in our area. However, it was important to him to donate locally, knowing that all donations are used locally and have an immediate impact on our community.

As a result, Joe and his employees donated $10,000 this summer to the centre.

“I was disappointed when I realized how little help is provided to help deal with poverty and homelessness in Barrie and Simcoe County. I also have confidence in the leadership of the Busby Centre and feel strongly that when you have competent people in place you should let them do their jobs with minimal interference. Of course, they need the resources to work with and I hoped our modest contribution could help,” Joe says.

But he believes that it takes more than money to help. Chequebook philanthropy doesn’t challenge, or inspire anyone, according to Joe. He thinks people need to be personally invested by involving themselves and rolling up their sleeves. He believes in servant leadership: those who serve most lead best.

When I asked how he thought his company might support the Busby Centre in future, Joe replied, “Being charitable doesn’t mean being soft. Any team I’m on will be a winning team. We believe in what the David Busby Street Centre is doing and will continue to stay involved.”

It isn’t hard to see why this quietly confident executive is so successful. It appears that he has a way of encouraging others to develop their best qualities on and off the job and care about the people around them. He believes it is important to show gratitude. He also has a way of making people feel special. Even though Joe and his company are new supporters, his parting words to me were, “Thank you for taking the time to be here and volunteering with the Busby Centre.”

Alan Atkins is the chairman of the communications committee of the David Busby Street Centre. For more information, call 705-739-6916 or visit www.busbycentre.ca.